I'm negotiating a contract for a home purchase. This is a three-floor townhouse with a basement. During the inspection, every fixture--3.5 BA and kitchen--showed great pressure and volume, with the exception of the master shower. (The master bath tub and sinks, which are adjacent to the shower, worked great, and running multiple simultaneous fixtures on multiple floors and flushing toilets made no impact on their strong performance.)

As for the master shower, it's hard to see in this picture, but it performed very poorly during the inspection, with water just barely trickling out. 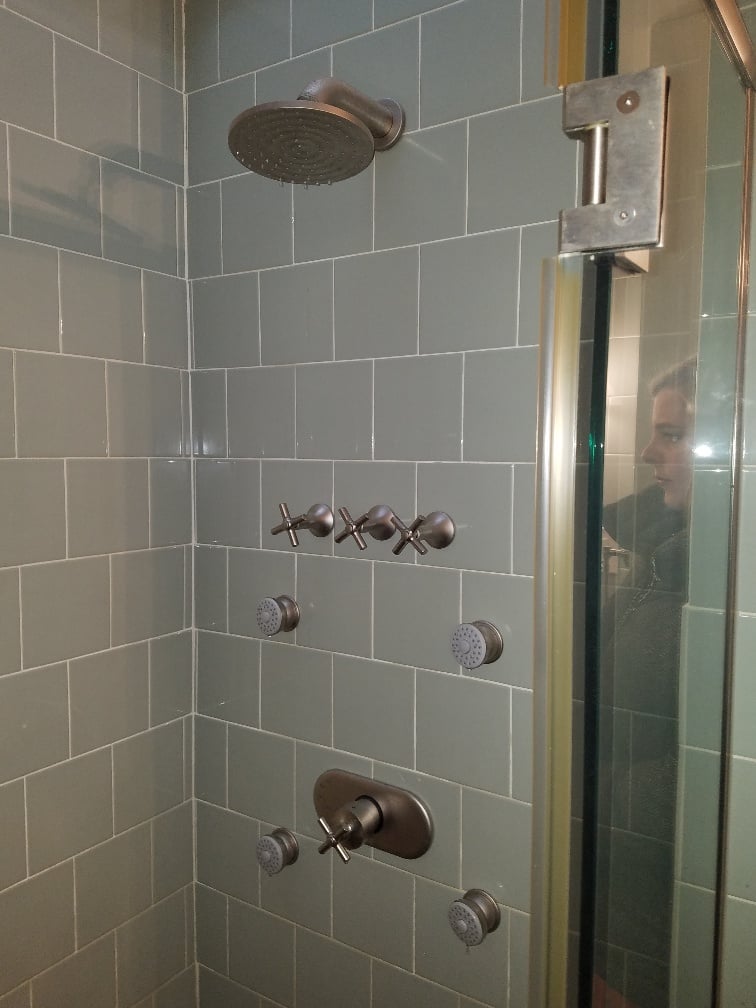 We raised this issue with the sellers. In response, they are claiming that the shower works just fine, and submitted this video as proof (I've removed the audio for their privacy).

As you can see, they replaced the showerhead. My theory is that the previous showerhead had hardened mineral deposits in it, so they addressed it by replacing it with the cheapest head they could find. They also qualify that there's insufficient pressure/volume for the sprayers and head to work simultaneously. I'm fine with that. My concern is that this demonstration doesn't put to rest any concerns about pressure or volume, and that if we tried to replace this cheap head with a rain-style head, the performance would be poor.

My main questions: Given what you see from the sprayers and this head, is this a valid concern? Or do you suspect that something even more troubling is going on, and that a repair could be costly?

An additional wrinkle: Not shown in the video are an ADDITIONAL rain-style showerhead, body sprayers, and handheld head on the other side. These fixtures also performed poorly during the inspection: 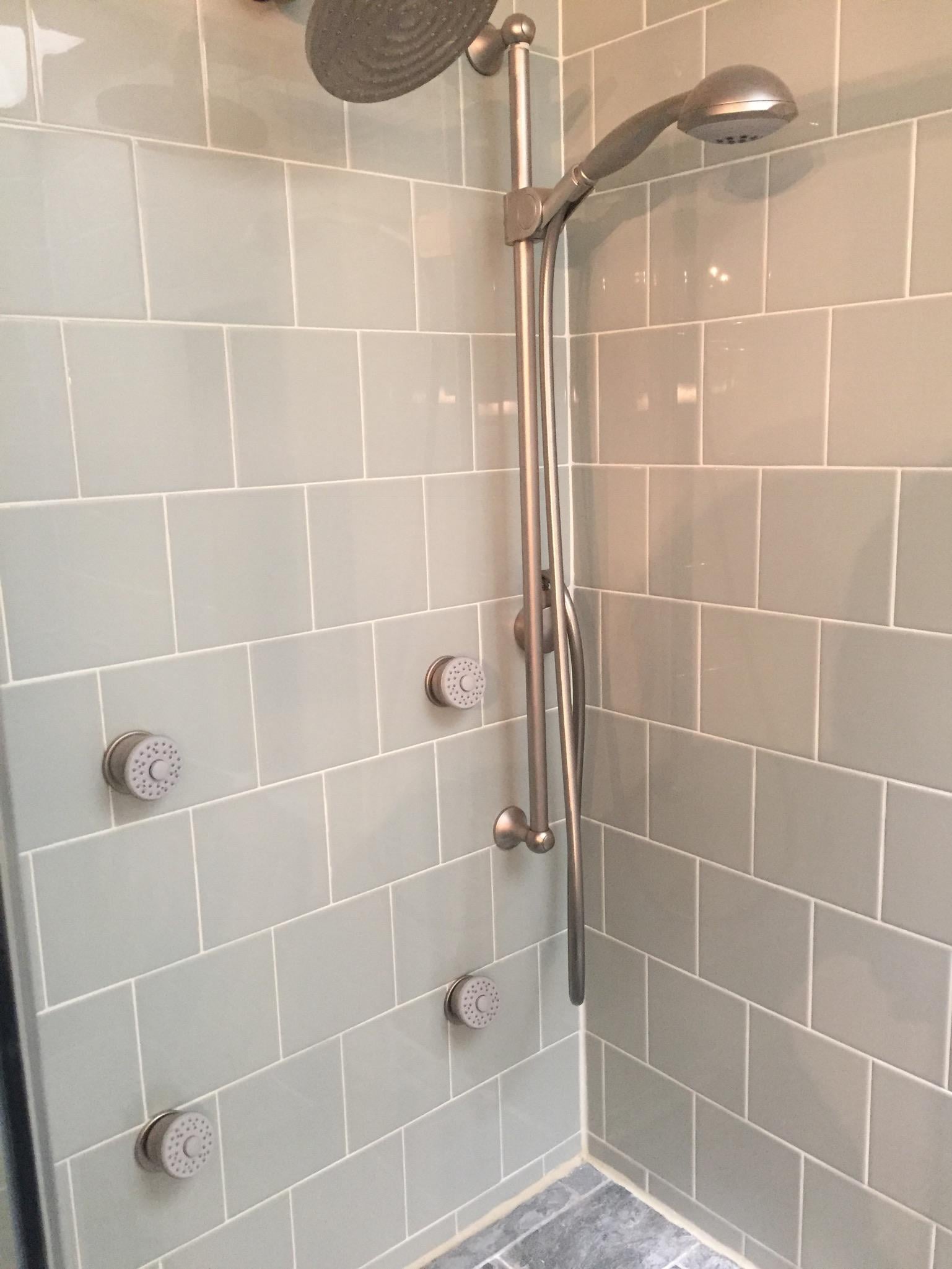 To top it off, the two rain-style showerheads function on the same valve: you can't turn on one without turning on the other. In our opinion, all of this is overkill: We just want a single well-functioning, luxurious showerhead.

My other question: Is there a device I can put on the second shower arm that will close the valve, and as a result, improve the pressure and volume delivered to the primary head seen in the video?

If the shower doesn't float your boat, you have 3 choices. 1) Buy it and deal with the poor flowing shower, 2) Walk away from the house and look for another home, or 3) offer a reduced price to compensate for the cost to replace the shower.

not a Junior Member anymore!

probably piped with 1/2". If so it needs to be upsized.
A

Cap one of the rain-style showerheads, i.e., remove it and replace with a cap. I can't see the diameter of the second showerhead tube. If it is too large for a normal screw-on cap or plastic shutoff valve, just put a large rubber washer at the inlet. It appears that with 4 valves in the shower, you can shut off the side jets. Not really a fan of rain showerheads, which by design, distribute the water in a wide swath, which equates to low pressure.

$$$: The tile in the shower looks to be standard glossy gray, so you might risk putting in a separate shutoff valve to control the second rain showerhead. There might be some guesswork on where the copper is actually routed, and which tile needs to be removed. However a plumber could easily determine this by removing the escutcheon from showerhead #2.

Just buy the property because the positives seem to outweigh the negatives. Houses are a sinkhole for money. Not a question of whether you will need to spend money improving it- how much is the more important question.
B

Thanks for the replies. We moved in Saturday. The sellers had capped the second showerhead and the handheld. After some more experimentation, the real problem is with hot water. When cold water is requested, the pressure is great. When hot, the pressure plummets. The adjacent sinks and bathtub all deliver hot water at high pressure. Some quick research suggests the shower's mixer could be the problem.
You must log in or register to reply here.
Share:
Facebook Twitter Reddit Pinterest Tumblr WhatsApp Email Link