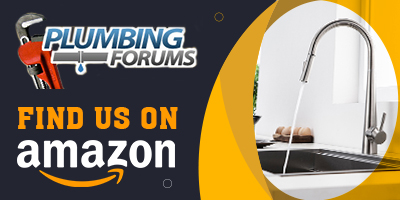 Sorry. Posted this over at the General Plumbing Discussion before seeing this more specific forum.

After reading the instructions from Navien, which state to open the air valve cap (the one on the internal circulation pump for this 2015 build) before filling the unit with water, the cap came off as I was opening it and a whole bunch (about 10-12) of little washers came out of it. Most of them were a plain beige in color but one was reddish. To put them back, I figured the reddish one should be either on top of the stack of washers or at the bottom but I don't know which one. By top I mean closest to the top of the vent where air would escape and bottom being the other end of the cap.

I put the reddish one on top (closest to vent ports/top of cap), as a guess, and screwed the cap back on, all the way, tightened by hand, but when I turned the water back on, water sprayed from out of the vents at the top of the cap. I shut off the water and loosened the cap a bit. It seemed to me that the cap wasn't fully screwed down when I first removed it (that caused the cap to come off). I turned the water back on but really slowly this time. I could see water sputtering out of the valve ports but it was way less than before and eventually it slowed considerably and I was able to open the supply water fully. However, there was water still leaking out of it. I decided to leave it as it was and check on it in the morning. (The unit is at my mom's house and it was the coldest day/night so far so I wanted the heat to be on and deal with this issue later.)

Sorry for the long-winded background. My questions are:

1. Did I put the washers in the correct order or is the reddish washer supposed to be at the bottom of the cap?
2. Can I put the washers back in or do I have to replace the cap?
3. Should the cap be closed all the way or left open a bit and, if so, how do you know how much to leave it open? Thanks
T

Don't you think it would be better to contact Navien and ask tec support. Can you show a picture of the air vent
that you are talking about.
E

I have contacted them. Just trying to get as much information from a variety of sources.
T

This is the entire pump. The part leaking for me is the brass air vent (right side of pic but is upright when installed). Once I figure out the upload video thing I'll try to send a video I have of it leaking.

A better look at the issue. Thanks for helping!

If it becomes a problem for you that is just a automatic air vent that can be replaced.