Hi. The water level in my toilet bowl is very low. I just replaced the fill valve and no difference. It has a dual flush valve. Could it be the flushvalve needs to be replaced? Could it be the wax ring seal is broken? I don't notice any odours. Toilet flush(although not very powerful) but then fills to alow level. Any suggestions would be appreciated.
L

Are you pouring the water from the bucket slowly, or all at once?
A

On the ballcock fill valve, there is usually a small rubber refill tube that is inserted into the 1” overflow tube. It replenishes the water in the bowl after every flush. May be a solution..

Both. Slow andall at once
L

The refill tube is inserted into the overflow tube

The reason could be one of a few things.
First off, you should be aware of what controls the height of the water in a normally functioning toilet.
It's the trap weir built into the toilet that controls the normal design level.

Regardless of the cause, except maybe one, slowly adding water should bring the level up to normal, as mentioned above. The one thing that may not allow you to bring the level up would be an internal crack, which is unlikely as there would be other symptoms.

As mentioned above, (post #4) if the small rubber refill tube wasn't inserted into the 1” overflow tube, could be the problem.
Also, related to refilling through that overflow tube , if your fill valve is leaking excessively it can take enough flow away from the refill hose.
But in either case opening of the tank cover and watching while it flushes, will quickly answer if it's related to these 2 potential problems.

So now I believe we are left with the possible problem of improper draining. If it drains too slowly, taking longer than the refill takes to refill the bowl, it would leave the level too low.
The slow drain problem could be a partial blockage somewhere or sometimes a vent problem. Vent problem being insufficient air to allow the water to drain fast enough.
L

Thank you Diehard...very i formative.
When I flush on high flush the water in the tank doesn't empty completely so is there aproblem with the flushvalve?
L

It sounds like it could be caused by the dual flush valve settings.
Although I have never seen one, I know that there are some that have buttons on the top lid that have an adjustment in them. I suppose there's many different designs. What kind of toilet is it?
L

It is an Ametican Standard toilet
L

There are two buttons on top of the valve but I don't see any adjustments unless the adjust is inside the valve....it has R&t a2411 written on valve
L

I just poured a largepot of water in at the same time i flushed. The water goes down to the same low level. It doesn't matter what I cannot get the water level up. Is there something wrong inside the bowl and ifI need a new toilet
F

Is this toilet new? or was the water level all of a sudden lower than before?
Some toilets have a lower water level than others.
L

The toilet is at least 6.5 yrs old(since I moved in). I always tought it was low but now it seems it's a bit lower than before. I don't know why they would design a toilet with such low water level. I have to use the brush every time

Not sure how/if the timing of pouring in a large pot of water in at the same time you flushed would affect it.

I did look up and found the following unit, which may or may not be your unit but it includes specs on adjustment of the two levels.
American Standard
Clean Collection
Clean Dual Flush Right Height Elongated 1.0/1.6 gpf Toilet
Model Number(s): 3381.216.020

You could call American Standard for there assistance. I would think a description of the symptoms including the fact about the tank not drawing down completely, on the high flush. 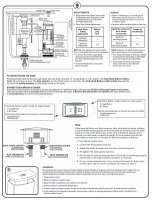 Get a crayon, and a large pan or bucket.

Flush the toilet, and Wait a couple of minutes to let things settle down.

Put a small crayon mark at the water level in the bowl.

Pour a gallon or so of water slowly into the bowl.

Wait four or five minutes, and see if the water level goes back down to the crayon mark.

If it does, that is the water level the toilet was designed to work at.

Modern toilets, particularly ones intended to be water savers, have lower volumes of water in the bowls to reduce the total water used.

Some early versions, only lowered the sill in the trap, and didn’t redesign the bowl. So, they look just like what the manufacturer has always made, except of the low water level.
L

Thank you. I will tru that tonight
L

Water level stays the same as I pour the water in.

Something fishy going on.

The only way that I know of that could cause the water level to go below its normal water level(trap weir level) and stop there, would be an internal leak at that elevation.

If you have the model I listed above, it is advertised as having 9" x 8" water surface area.